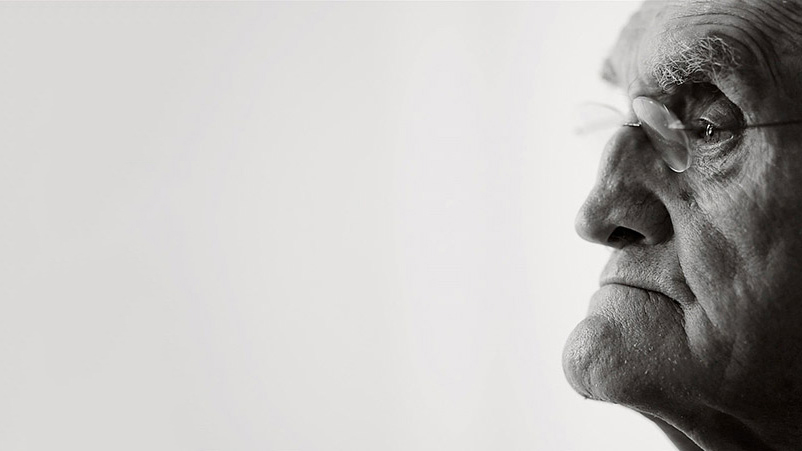 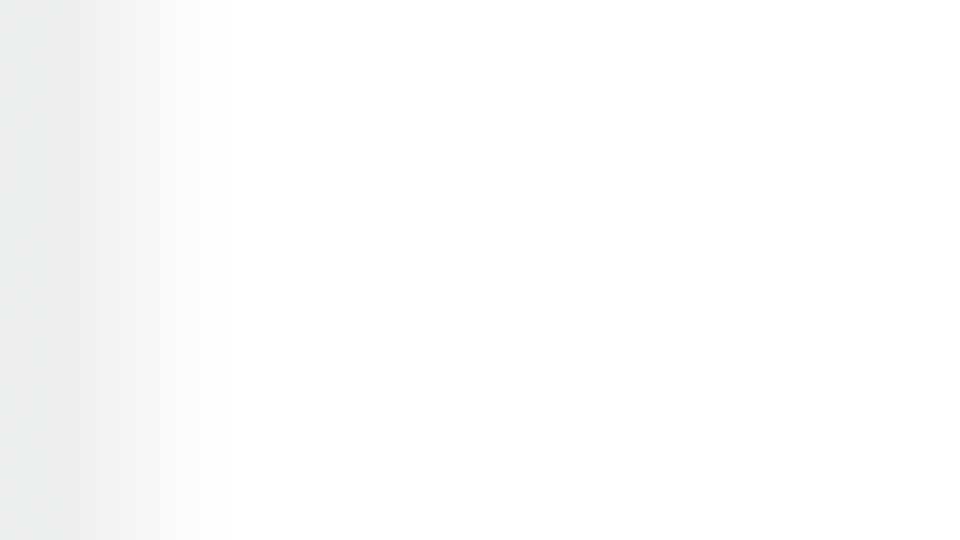 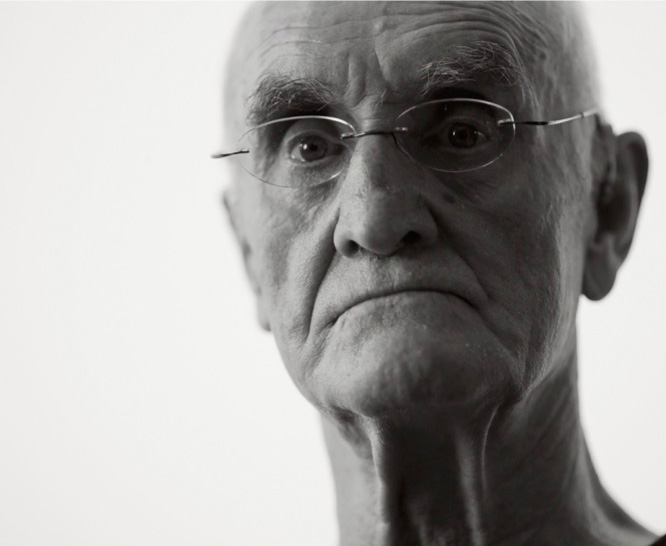 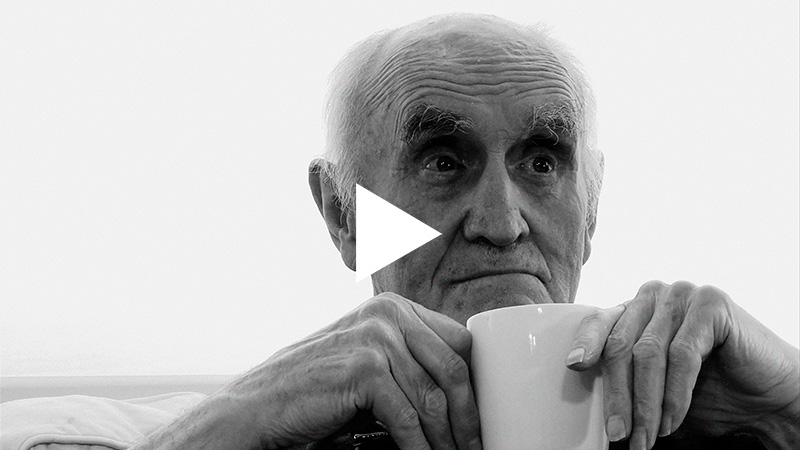 Sheila Hill writes: Tim and I made this short film in 2014, to explore and document our early ideas for Him. I asked Tim to sit without speaking for much of the time, so that we could just watch him. As one does with passing clouds, or a landscape... We recorded this over one sunny afternoon, with artist Helen Petts filming for us. We’d just eaten a delicious chocolate cake with some strawberries, and all felt well with the world.

Since then, the film has been screened in festivals both across the UK (London, Edinburgh, Liverpool, Brighton) and the world (Canada, India and Australia).

Him offers a rare opportunity to witness a very special kind of theatre, the sort that will continue to resonate in your subconscious for many years. A gift from an immensely talented performer and group of artists dedicated to their work.
Colin Hambrook, Exeunt

The thing about vulnerability is that it takes true strength to show it.
Andrew Billen, the Times

***** A beautiful and unique piece.
Elizabeth Halpin, Behind the Arras

10 Questions: Sheila Hill
The writer of HIM on the 30 mins of theatre which will stay with her forever, which show secrets she won’t spill and why an extra ten words makes all the difference...
Traverse Theatre – Tumblr

Tonight is the final performance of HIM! This beautiful & thought-provoking show is not to be missed https://t.co/4rWD1Kdiaf https://t.co/QSnqjSGAQZ

The innovative and moving HIM is one of @guardian's Pick of the Week for theatre from Thurs: https://t.co/F5R5CeqxD1 pic.twitter.com/recx3RgDfN

Catch the wonderful HIM at @traversetheatre if you can - a @guardian pick of the week. Here's a wee feature on it: https://t.co/hYXau2TO6l

HIM - still mesmerised. Soft, poetic, spacious and so human. And so, so, so rare. Website: stunning https://t.co/iuIwjdZpyo #UnlimitedFest

Still finding words to articulate my exp. of Him. So far: delicate joyful heart-trembling...Hats off Tim Barlow & Sheila Hill #UnlimitedFest

I'm still pondering Him: its gentle, witty, poignant beauty. See it tonight if you can https://t.co/zMpIdYtWXf #UnlimitedFest

We loved #Him with Tim Barlow tonight @southbankcentre, what wonderful storytelling & wit! #UnlimitedFest 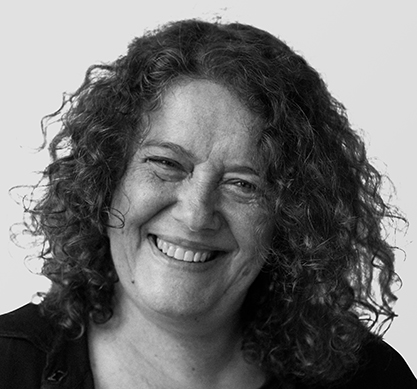 There are so few chances of silence and focus in our digitised 21 century, I wanted to try to achieve a stillness and peace within this work.

Sheila Hill (lead artist) is a writer/theatre-maker and installation-artist. Always using real voices in her work, she records interviews with people, then transcribing and editing what they say down to a poetic core.

I was at the docs today, then the chemist - and realised I’d left my umbrella in one of them. Got them to search everywhere. Then home to find I'd never taken it out.......... It's like that these days.

Tim Barlow (actor) left the army in 1969 to pursue a career in acting, receiving advice from Trevor Nunn and Sir Laurence Olivier. He had much success with a series of three autobiographical one man shows describing his life as a British soldier, in the 60s; his work as an actor; and losing, then regaining, his hearing, via a cochlear implant. These toured UK, Europe, USA, Australia and Hong Kong. Tim has worked extensively with Complicite; was one of the regulars in 'Derek' Channel 4; and has recently filmed "My Cousin Rachel" (dir. Roger Mitchell) with Rachel Weisz. 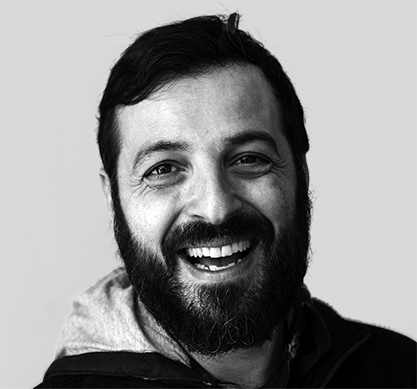 For me, HIM is about sharing Tim's experience and re-evoking some of this through subtle sounds.

Sebastiano Dessanay (musician/composer) is an Italian double bassist. His music is highly informed by a strong sense of melody and attention to textural details. The double bass has often a prominent role in his research and elements of improvisation permeate his compositions. 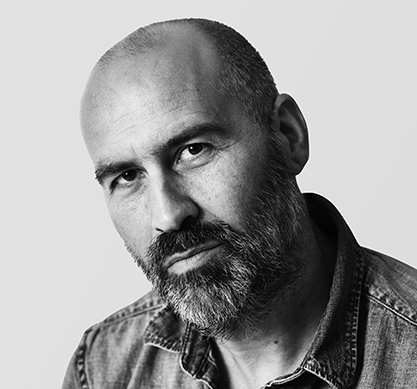 HIM is one of those projects where we're trying to make small elements that might end up in the work but leaving the process open ended - so that the unpredictable can happen. For example, a film that starts as Tim thinking about his father's death is shifted sideways by Tim falling asleep, gifting us a view of mortality totally unexpected but wonderful and slightly frightening at the same time.

Hugo Glendinning (film and images) has been working as a photographer for twenty five years. His output stretches across the cultural industries from fine art collaborations in video and photography, through production and performance documentation, to portrait work. He publishes and exhibits internationally. 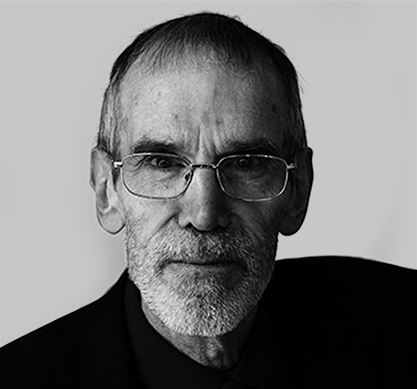 What really enlivens a story are the gaps, because they fire the imagination.

Composer Howard Skempton (music consultant) has been associated with the English school of experimental music since the 1960s, when he helped organise the Scratch Orchestra. His work is characterized by stripped down, essentials-only choice of materials, absence of formal development, and a strong emphasis on melody. 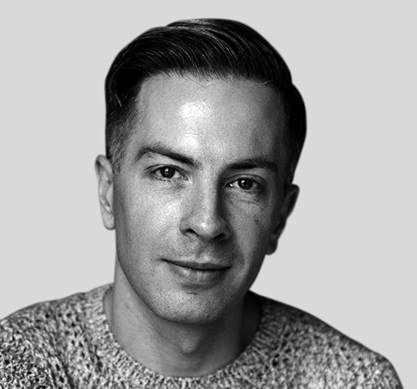 As someone used to designing on a large scale in a short amount of time, it’s been a delight to design for just three elements and to take my time over how to draw the audience in to Tim's words, Seb's music and Hugo's films.

Andrew Ellis (lighting designer and production manager) works in theatre and dance. He loves responding with light - to text, music and the human body. His work has been seen at theatres across the UK and Europe, in New York and on British television.

I’ve got a little checklist. I call it KFC. But mine’s KFFC. Keys. Freedom Pass. Phone. Credit cards. And if I’ve got these, I’m ok. But this morning
I forgot the phone...

Actor Tim Barlow reflects on life at 80, in this new performance work.